← RIDING WITH LARRY -A STORY OF PARKINSONS
DEAD RED LAW →

I think we all knew it would just be a matter of time before Catrike came out with a full suspension model. And just like they did with the rear suspension offered on the Road model creating something unique in design the same holds true of the new front suspension. Unfortunately in the pictures I have seen of this new model none of them show the front suspension very well. Hopefully that will change soon and I can include an image of it here. Meanwhile images are about all I can include as there just isn’t much information about this trike available at this time. 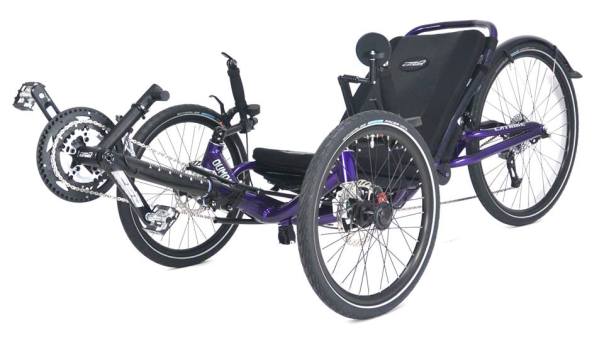 Basically from what I understand the Dumont is pretty much like the 559 with a 26 inch rear wheel and very similar rear suspension in appearance only as Catrike also redesigned the rear suspension to increase lateral stiffness with a new yoke, yoke pivot, axle and a fully triangulated swing arm.
The yoke redesign includes oversized 37mm ball bearings, triangular side tunnels, and underside opening. The result is a 53 percent increase in stiffness. The updated yoke pivot boss now has a 360 degree three axis profile and a 25mm through axle.”

Again my understanding is that in the design of the front suspension the all too common phenomena of “diving” when braking has been eliminated as well as the problem with turning and experiencing similar diving. The front suspension uses elastomers although they are different than those found on ICE trikes. The elastomers are made of a different material and are said to be superior to the material used on some other trikes such as ICE.

I have not seen a price yet, but it is a pretty sure bet that it will be the most expensive model to date. Suspension on a trike most definitely adds to the price. 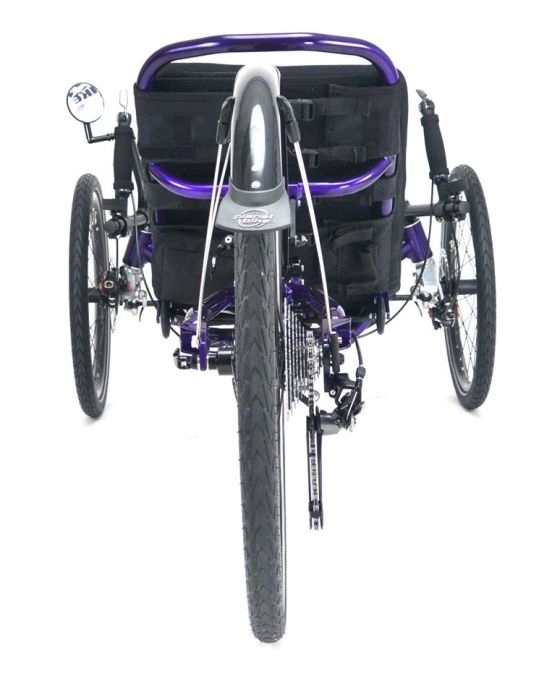 It will be interesting to see just what further information is released about this model. I would rather imagine that there will be many people interested to purchasing this machine.

I have to admit if I were in the market for a folding trike I would really like one that folds up into a much smaller configuration like the Evolve or Trident Odyssey do. That being said, I am concerned about both of these models as far as how strong their frame components and hinge areas are. It just seems like making them so that they fold up so small would greatly take away from the strength of the frame. I hope I am wrong about this, but that is something that concerns me. One thing about Catrike … they are all about quality and great and thoughtful engineering.

This new model should be available in October of 2016. At least that is the most recent news release from Catrike. 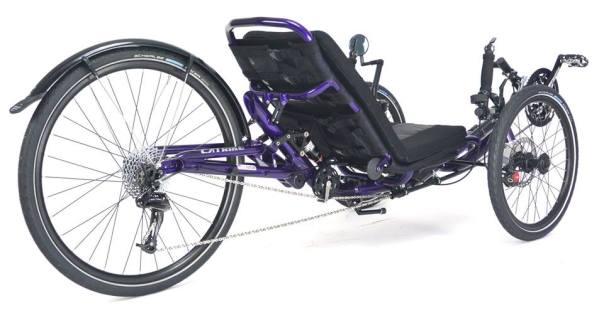 You may have to wait in line awhile if you want one. That would be my guess, anyway.

HERE is BentRiderOnline’s recent article on this new model from Catrike. Here is a top view of the front suspension.

Until such time as Catrike releases some more images of this new model or someone manages to capture some showing this front suspension we are pretty much in the dark. I have searched online about three times now and there just isn’t anything more I can find. I have attempted to crop and enlarge this image of the front suspension, but as you can see it really doesn’t show all that much. 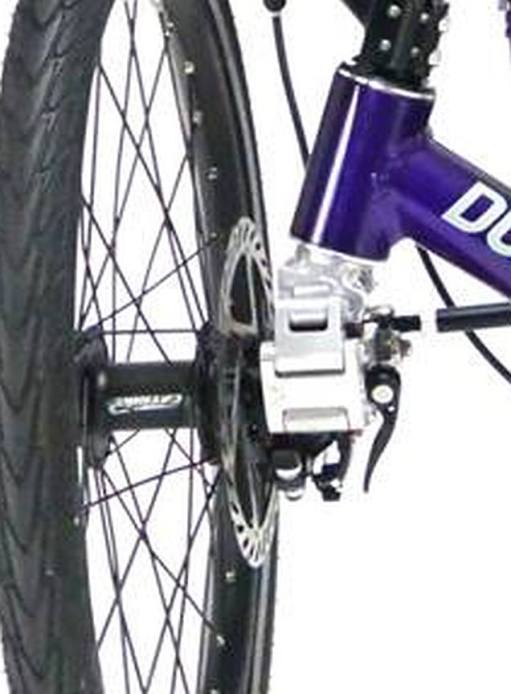 Catrike has a few images posted on their Facebook page. Hopefully they have another great model in their lineup. Knowing Catrike it is a pretty sure bet.

And HERE is a news release from Catrike.

Update — Recently I read that the price for the Dumont will be about $4500. I also read that the front suspension is not retroactive, that is, it can not be installed on other Catrike models.

← RIDING WITH LARRY -A STORY OF PARKINSONS
DEAD RED LAW →