The wheel bearings that come on Catrikes (as well as other brands) are the “sealed” type which are suppose to be “maintenance free”. I have never opened one up to look at it. I guess I just assume and trust that the manufacturer did a proper job and the finished product is of highest quality and done right. Well, according to this new Catrike owner he says it ain’t necessarily so. He purchased a new 559 model and requested of Catrike that they ship it directly to him as he wanted to be the one to assemble it and set it up. I can’t say as I blame him as some dealers have sure messed up during the process. Anyway, one of the things he did was to carefully check everything as he unpacked the shipping box. What he found was very discouraging and troubling. Apparently Catrike is not doing a very good job when it comes to the packaging and shipping of their trikes. He found numerous problems and messed up parts from not being properly packaged. The first trike he received he sent back because of this. The second one he received was nearly as bad.

Anyway, on with the story … he checked each and every sealed bearing by removing the seal. What he found was not good. The vast majority of the bearings had issues … no grease, very little grease and rust. This clearly indicates that there is a serious problem with quality control where the bearings are being produced. 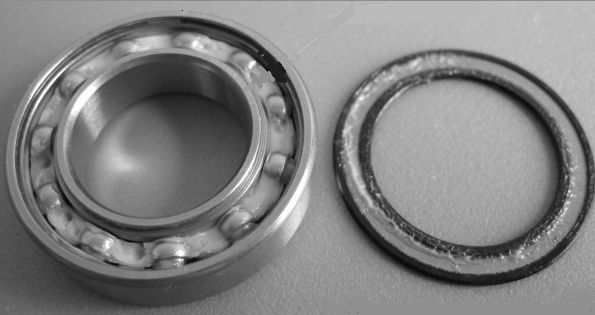 He has made a video about this in which he tells about what he discovered and then has detailed instructions on how to remove, inspect, clean, lubricate and reinstall the wheel bearings. He is also producing other videos as time goes along.